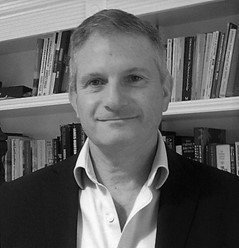 During a 33-year military career, Martin Smith worked extensively in maritime security and was a leading exponent of tactical information superiority operations. He headed the UK’s military contribution to shipping and oil & gas security, modernised the Royal Marines’ information and intelligence capability, commanded multinational counter-piracy operations and was responsible for Britain’s amphibious force. He spent three periods in Afghanistan, in both command and high-level advisory roles, in addition to several other operational deployments. He commanded service personnel at every rank and left the Armed Forces in January 2018 having led the Nation’s 7,000 Royal Marines as their Commandant General.

He became Managing Director of CyberPrism in December 2019 with a remit to expand its operational technology and information technology security business, and to bring new network visibility and segregation capabilities to market.