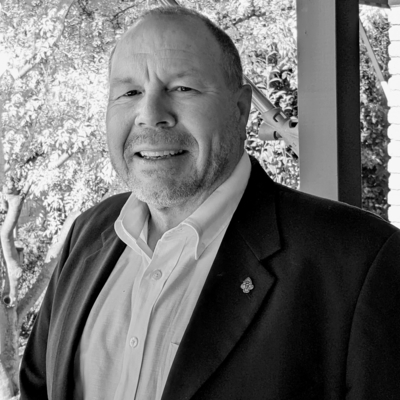 John Powers is the Chief Operating Officer for Sentinel Executive, a Canberra based consulting firm focused on cybernetics, information operations and national security strategies. He is also an Associate Professor at the Australian Graduate School of Policy and Security and the Senior Fellow at Canberra University’s National Policy Institute.
John was commissioned in the US Army from The Citadel, The Military College of South Carolina. He is a graduate of the Ranger, Special Forces, Jumpmaster and Free-fall parachutists’ qualification courses. During his army career he commanded at every level from airborne-ranger reconnaissance platoon to brigade task force. He participated in direct combat operations in Grenada, Somalia, Bosnia, Kosovo, Iraq, and Afghanistan.
After being medically retired, John joined the US intelligence community. There he served in a variety of senior executive leadership positions to include leading the global intelligence operations centre, the special activities directorate and the financial and acquisition office. He also saw service in Iraq, Afghanistan, and Pakistan. His last posting before retiring from the US government was as the Chief of Intelligence Liaison at the US Embassy in Canberra, Australia.
John is recognized as a critical thinker, skilled negotiator, consensus builder, and strategist in the context of special activities, cybernetics, operational synchronisation, and security management. He has a Masters in National Security Affairs from Georgetown University and a MBA from the Massachusetts Institute of Technology.
A dual citizen of Australia and the USA, he resides permanently in Canberra and is an avid golfer, bush walker and gardener.